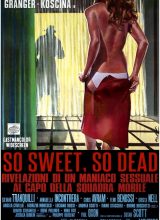 A serial killer is on the loose.

His victims are unfaithful wives and he always leaves compromising photographs at the crime scene. 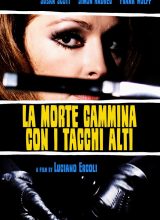 A beautiful French stripper named Nicole learns that her father was stabbed to death on a train, and she is questioned by the police about some missing diamonds.

Strange things begin to happen as she gets threatening phone calls trying to get her to reveal the location of the diamonds, and then is assaulted in her bedroom by a masked man with blue eyes.

Later remembering that her extremely jealous boyfriend Michel owns blue contact lenses, she runs off with a handsome British eye surgeon to get away from everything.

They go off to a quiet village on the coast of England, but her crazy lover Michel follows them.